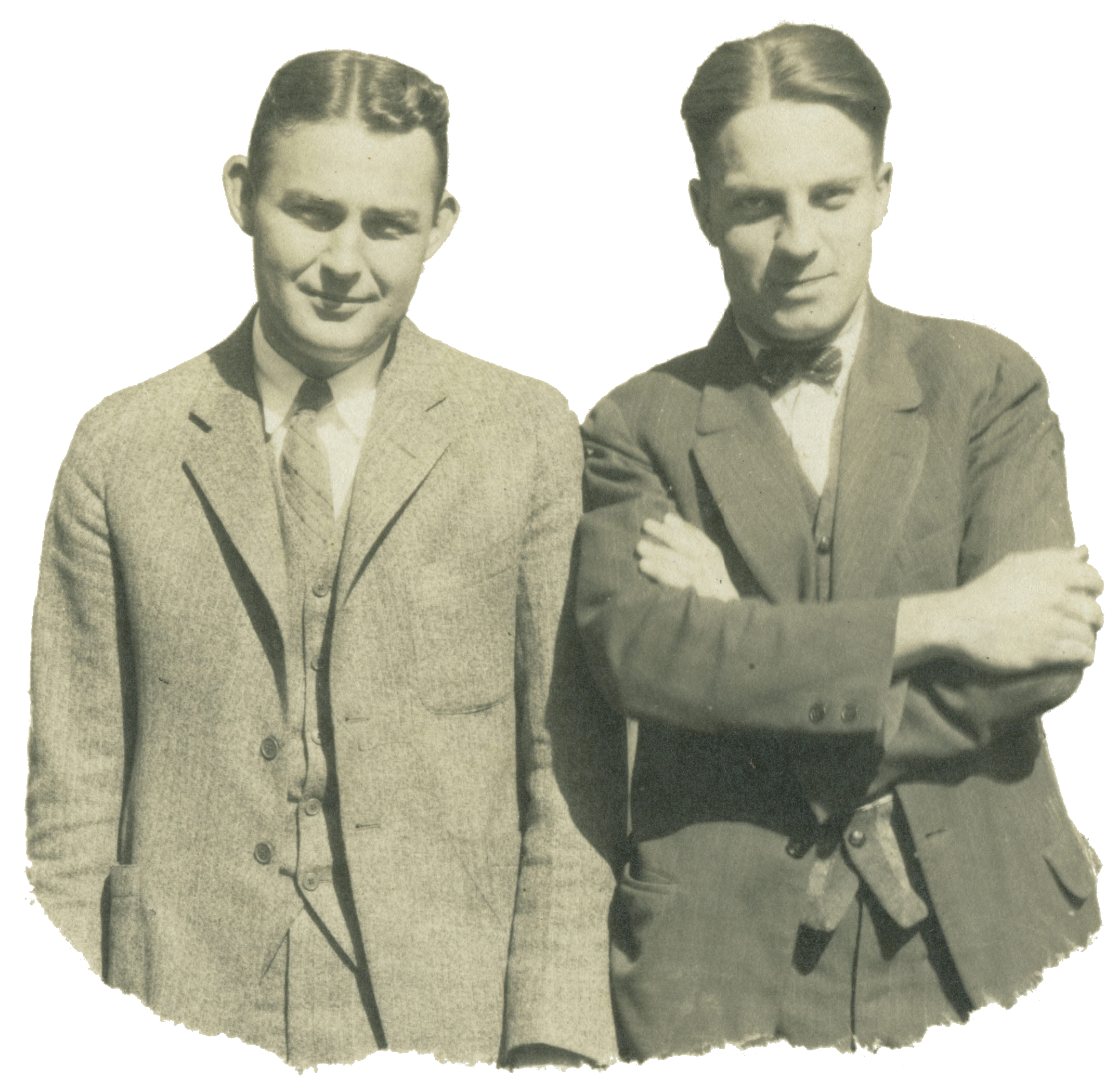 The Oster Manufacturing Company first saw the light of day seven years before the turn of the last century. It was founded by Herman W. Oster with a small group of friends in December, 1893, in a small one room workshop on Superior Avenue in Cleveland. Economic history records this year as a time of depression in America. Founding a company during such times called for courage and faith in the future. This courage and this faith have always characterized Oster, and have been well repaid by the growth and the development of the company since those early days.

There was an initial period of slow but steady progress. In 1898, Russel B. Tewksbury joined forces with Herman Oster and served as President until 1937 when he became Chairman of the Board. Together the two men established a firm policy of high quality production based on pride in good work.

Throughout their long association together this was the motivating spirit of The Oster Manufacturing Co. The company grew and prospered under the leadership provided by these two men who combined engineering, financial and administrative talents. 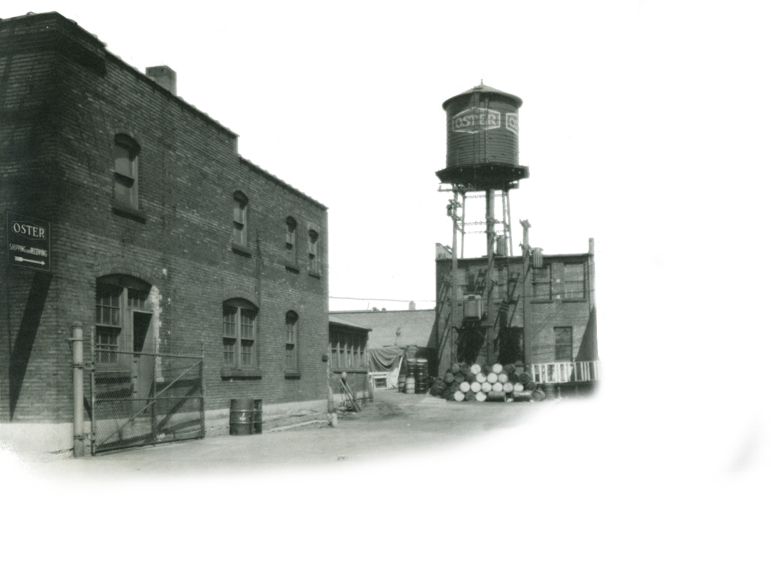 As time went on the name Oster and its reputation for delivering customer satisfaction became known more and more widely throughout this country and the entire world. It is interesting that Oster was one of the first Cleveland firms to stress the importance of export business. Tewksbury early in 1900s, before most companies were aware of this export market, aggressively pursued this foreign potential and molded Oster into an international company. Through Tewksbury's imaginative leadership, Oster became a familiar name from Iceland to South Africa.

The small first shop was soon outgrown. Continuous, carefully planned expansion of the Oster facilities was driven by the ever-growing domestic and export demands. Oster growth was steady. New products were being developed to create "the most complete line of Power Pipe and Bolt Threading Equipment". In keeping with this pledge Oster has an impressive list of industry firsts. 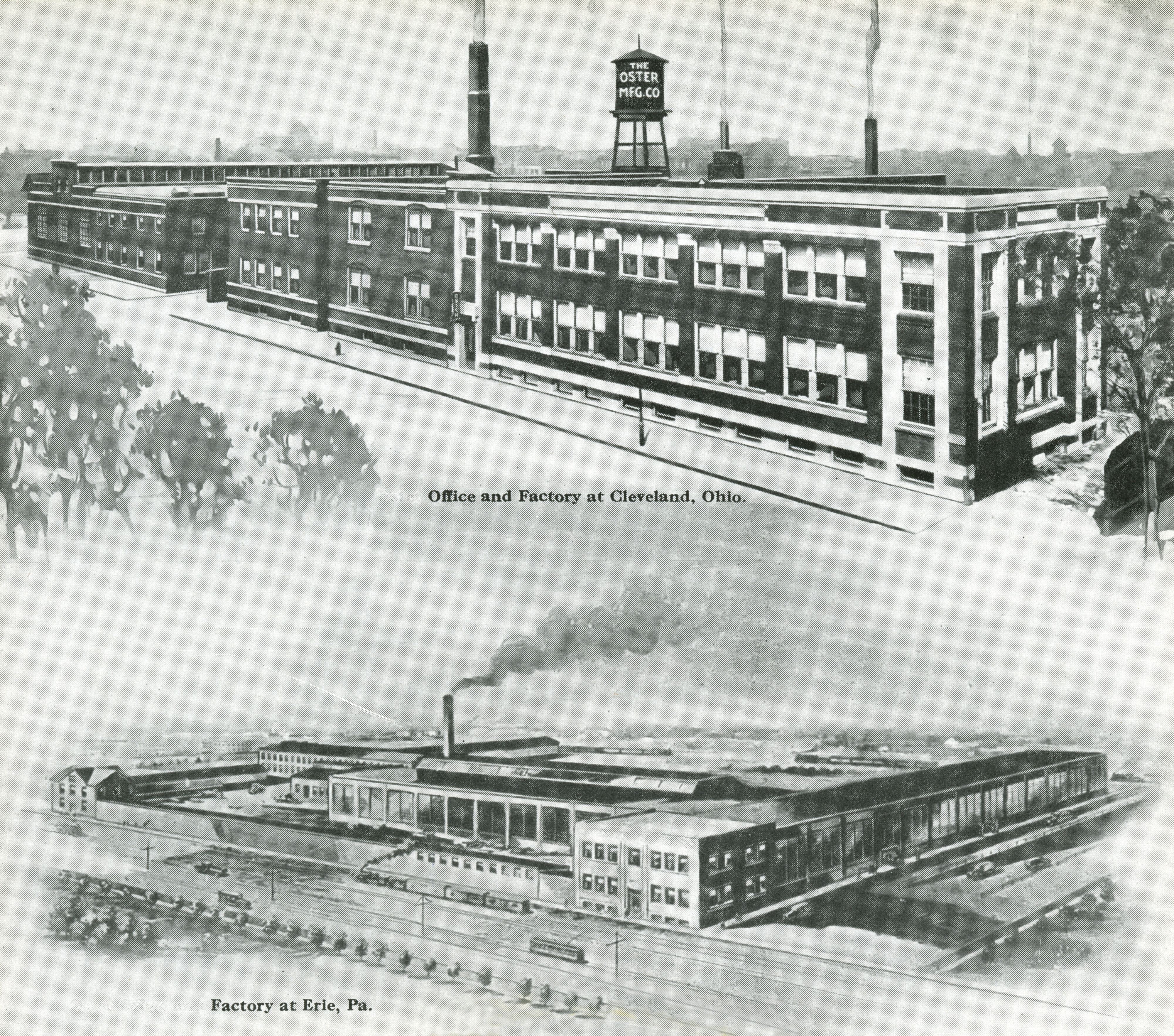 In 1929 a merger was made with the Williams Tool Corporation of Erie, Pennsylvania. This made possible the rounding out of the line of pipe and bolt threading equipment by the addition of heavy duty products. Succeeding his father, Roger Tewksbury became President and Treasurer of Oster in 1937. Under his guidance, the company continued to grow healthily and steadily. In 1943, the facilities of the Erie plant were consolidated with the Cleveland factory and the equipment which was not suitable to the combined operation was sold together with the Erie plant itself. 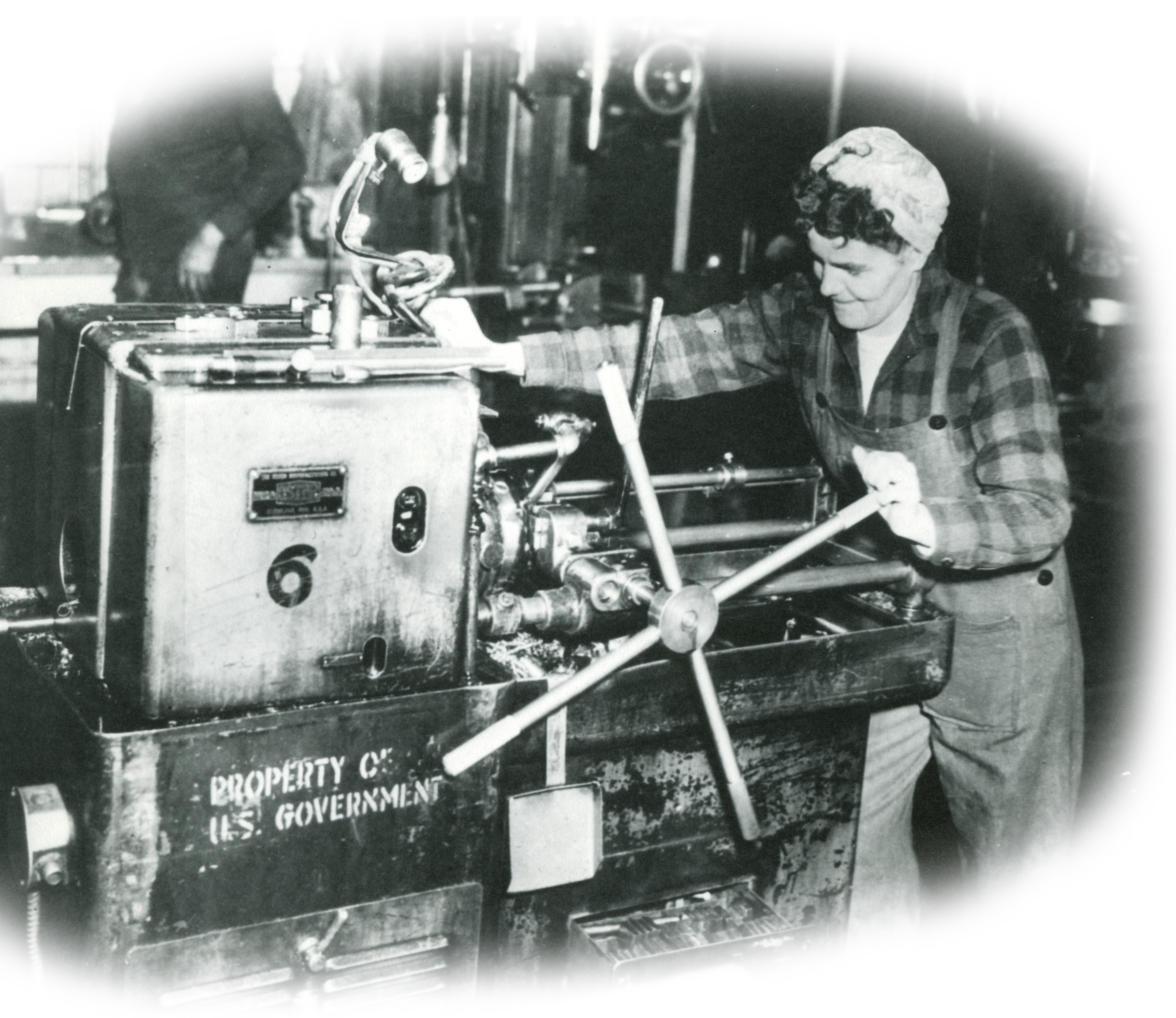 During World War II the company was 100% engaged in war production both directly for the Armed Services and indirectly for other manufacturers of war equipment and supplies. In addition to the regular line of pipe and bolt threading equipment, the turret lathe was added to supplement the war effort. Since Oster products are of the essential type, the company had no problems of conversion in reverting to peacetime production, and Oster further extended its reputation for products which consistently deliver the highest degree of customer satisfaction.

Through the Fifties and Sixties, Oster progress continued. Facilities at the Cleveland plant site were being expanded until 1955 when Oster moved to new headquarters in Wickliffe, Ohio; a Cleveland suburb. In 1968 the company was acquired by Teledyne Incorporated and became Teledyne Oster. Through the Seventies and Eighties Oster had reached the height of its growth and fell upon harder times as part of a corporate entity. In 1988 the Wickliffe plant was closed and all sales & manufacturing was moved to Landis Threading Systems in Waynesboro, PA.

Starting with nothing but a small facility, existing inventory, and a few machines; the first ten years after purchase were spent laying the groundwork for where we are today. Initially only offering replacement parts and tooling for existing machines we have made continuing investment to expand our manufacturing footprint and improve the Oster product.

In 1998 we started the Oster Complete Rebuild program, taking used Oster machines and bringing them back to life to match the quality of a new machine. With this we were able to keep the old machines in service as well as produce all replacement parts and tooling.

In 2000 we moved into our current 15,000 sq ft facility which allowed us to expand our manufacturing capability. In 2006 the recovered Oster Manufacturing Company purchased our first CNC machine for manufacturing parts. Since then we have acquired over $1,000,000 of CNC equipment to usher Oster threading machines into the modern era of manufacturing.

In 2009 with many years of rebuilding machines and their replacement parts under our belt we had the expertise, confidence and equipment to begin building new machinery again. Starting with the production of the Oster 700 series and our flagship threading machine the 792ALX we built the first new Oster threading machine to be produced in over 15 years. We are currently the only American manufacturer to offer new heavy duty pipe and bolt threading machines that are designed for the factory environment to be run day in and day out without failure.

Oster parts and products are the only items we manufacture and we pride ourselves in honoring the spirit of high quality manufacturing based on pride in good work espoused by Herman W. Oster himself.

Custom Applications or Technical Questions – Oster is here for you!

When you call Oster Manufacturing there is always a human being on the other end of the line. We have skilled technical and sales experts on hand to take your call. If you’re interested in a machine or tooling for a non-standard threading application we are happy to consult with you on the project and come up with custom engineered solutions to make your project idea a reality. We can make a variety of custom tooling for special projects and keep them in stock for you so you never have to wait when it comes to a difficult project.